Laybys and The Liminal!

A liminal space is the space between being one thing and being another, between what was and what will be next. Liminal space is ambiguity, is disorientation, is the black hole at the centre of transformation.

What is a roadside layby if not the archetypical liminal space? It is the resting point for a journey between one place and another and therefore a place where our psyches are at their most transitive; laybys are synonymous with doggers, picnickers, lovers and the strange. So, for whatever reason you find yourself in a roadside rest area, remember it is a pause between the ever rising, falling and tumbling of one moment to the next which characterises our lives. Rest awhile and take a moment to understand which direction your mind is pointing you.

I live in Lincolnshire. If you ever find yourself in this large, rural county, here are 4 laybys worth pausing at. On the approach to this layby there is the traffic sign which warns the motorist of wild animals – that’s the one with a bounding stag upon it. On this particular sign the head of the stag is gone. It has been blasted away by a direct hit – you can clearly see the marks left from the spray of pellets and shot. Makes you wonder what the stag is bounding away from. Makes you wonder what the true form of the wild animal might actually be. 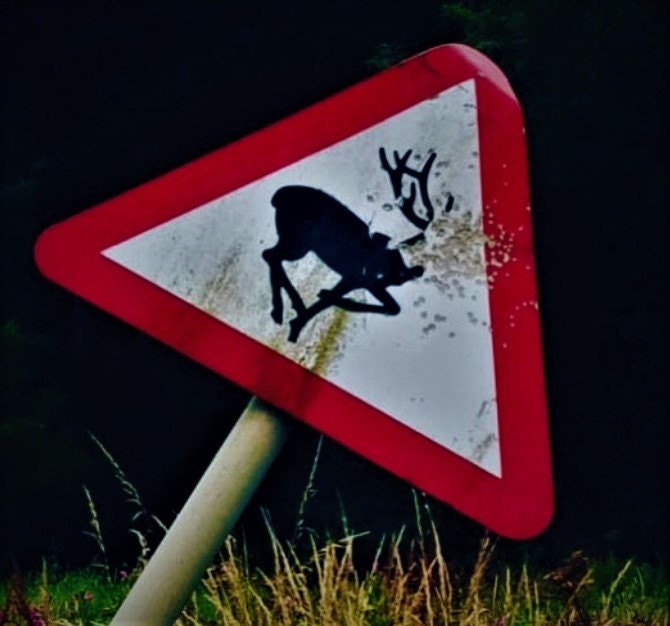 I have passed this layby both in the hours before dawn and late at night. More often than not there is someone casually leant against their car, smoking a cigarette, looking intently at you as you drive by. Frequently there’s a nondescript van parked up with no one around.

On the near side of this layby is a thicket of trees which are archetypically ominous; simultaneously pushing you away whilst drawing you in. A short walk away is a single-track road with a sign that says Hunting Ground. Stare too long at the face of the beast on this sign and you might start to feel uneasy. Liminality is looking directly into you: motorist, beast, human. Look for the signs. 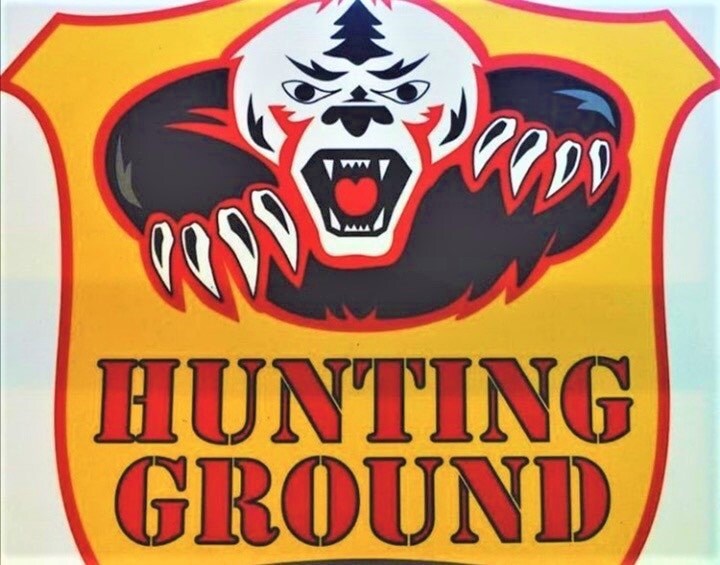 This is a relatively small layby at the side of Bluestone Heath Road –an age-old route walked by Ancient Britons long before the Romans. It was probably used as a drove road for moving livestock. You can look out from this rest stop and see the giant needle of the Belmont Transmission Tower; used by modern Britons to watch television. The tower came into service on the 20th December 1965. It has a guyed tubular steeled mast and for a while it was the tallest structure of any kind in the UK. You can just about see it in the picture. From the layby, on a clear night, it looks like a giant prong with flashing red lights, something waiting to receive signals from out in the cosmos. Of course, it doesn’t mention this on the information board at the layby. The information board says things about how the landscape has changed very little over the last few centuries. This layby might make you believe in time slips. It might even make you feel like you are in one. The Green Man is a symbol of rebirth, renewel and a reminder of death. Well, at this particular layby there is an equally potent symbol of life’s mutability: The Green Van.

This layby is popular with tourists from the East Midlands heading toward Lincolnshire coastal resorts such as Ingoldmells, Mablethorpe and Skegness. This stretch of the A158 just outside Bullington marks the halfway point for a coastal run from places like Nottingham, Derby and Chesterfield, at least mentally if not geographically. The potent symbol of this is the green van, welcoming tourists with burgers, fries, teas and a Portaloo. Yes, the return of spring, of life, of caravan parks reopening is represented in the pilgrimage to the coast and this layby.

Life and death entwine closely at such a liminal space: people are known to have collapsed and died among the greenery of its picnic tables and litter bins. These are victims of the potency of Lincolnshire’s air – unsullied, rural, North Sea blown and just too much for some weary travellers. 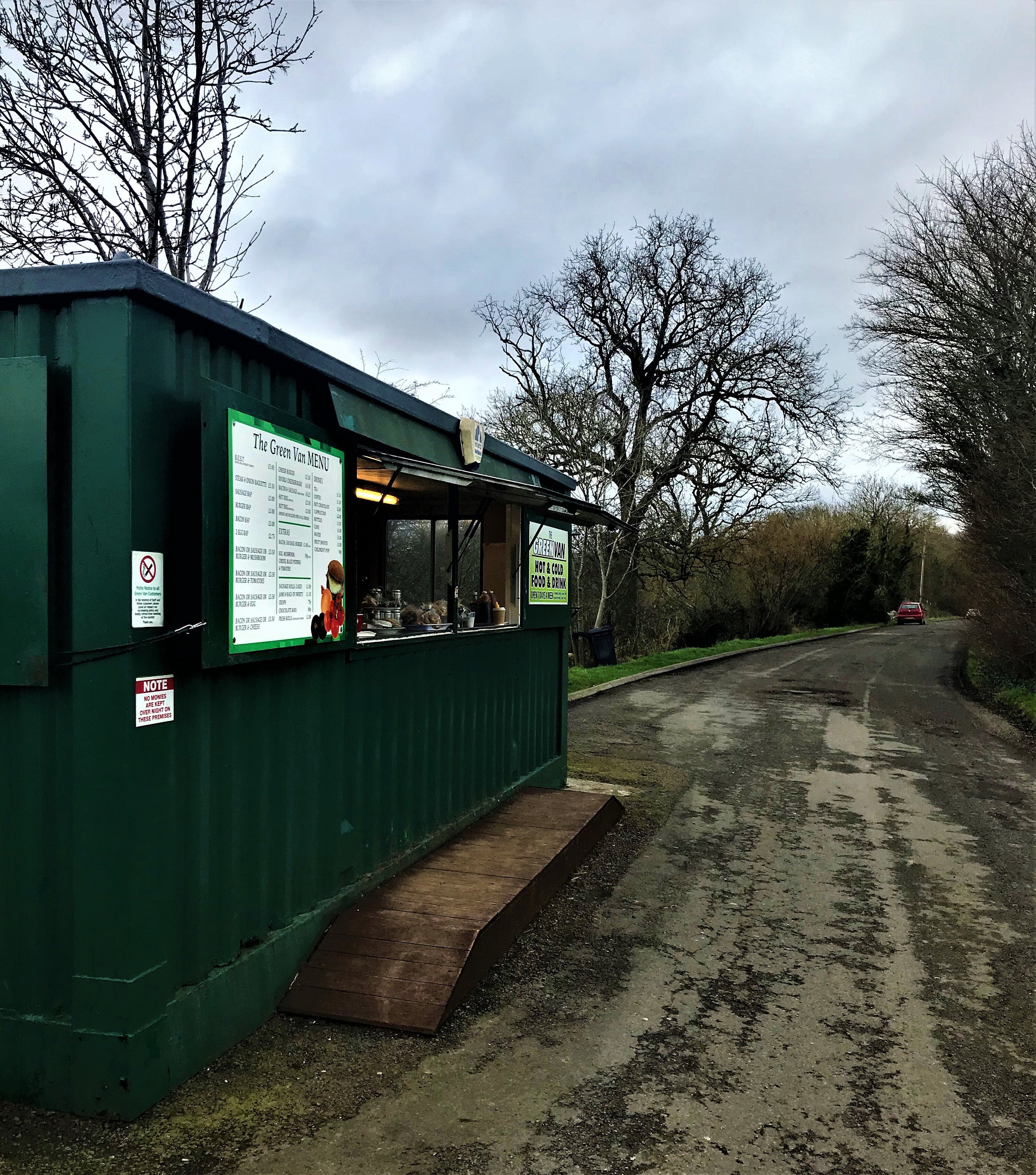 Some places just feel strange. This layby is one such place. Away from the road to the south used to be a vineyard which grew the Bacchus variety of grape. Bacchus is the Roman counterpart to the Greek Dionysus – not only the god of wine but also fertility, ritual madness, religious ecstacy, and myth. In a rural county like Lincolnshire the bacchanal and the soil are a potent mix.

On the North side of the layby the Wolds fold away, looking toward Brinkhill and a sight where UFOs have been seen on numerous occasions. In 2008 a Brinkhill resident, Eric Goring, claimed to have seen triangular shaped objects in the sky that were clearly not of terrestrial origin. Mr Goring told a local journalist "I have seen them shining their searchlight down over the local fields so maybe they are fascinated with them in some way.”

This layby is a liminal sliver between an ancient deity and otherworldly encounters. The perfect spot to park up, put on your purple tracksuit and wait. 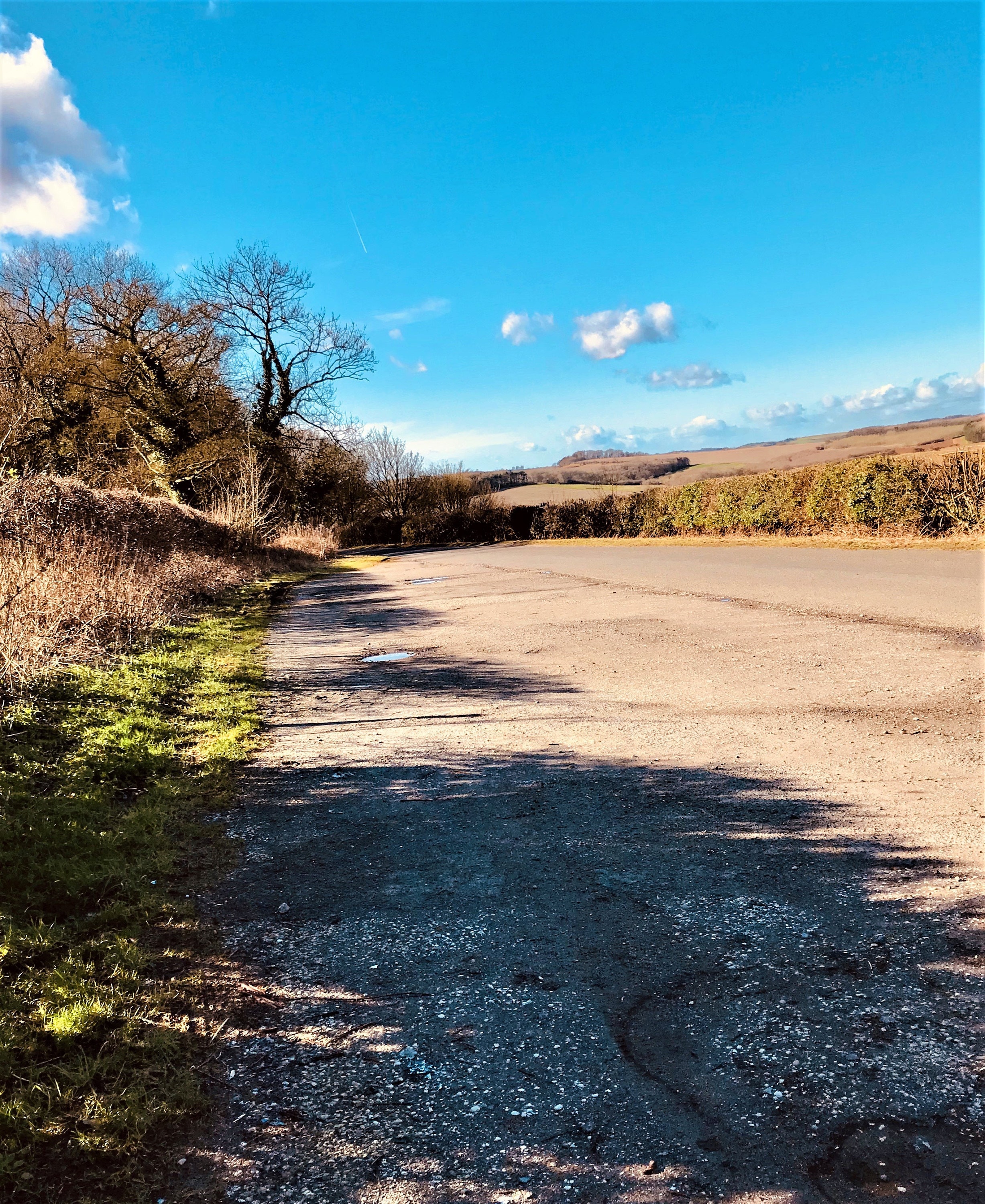 I think laybys - particularly the rural, out of the way, laybys can be mystical places. That's one of the reasons why I wrote about the A2358 for the Occultaria of Albion Case File No.5 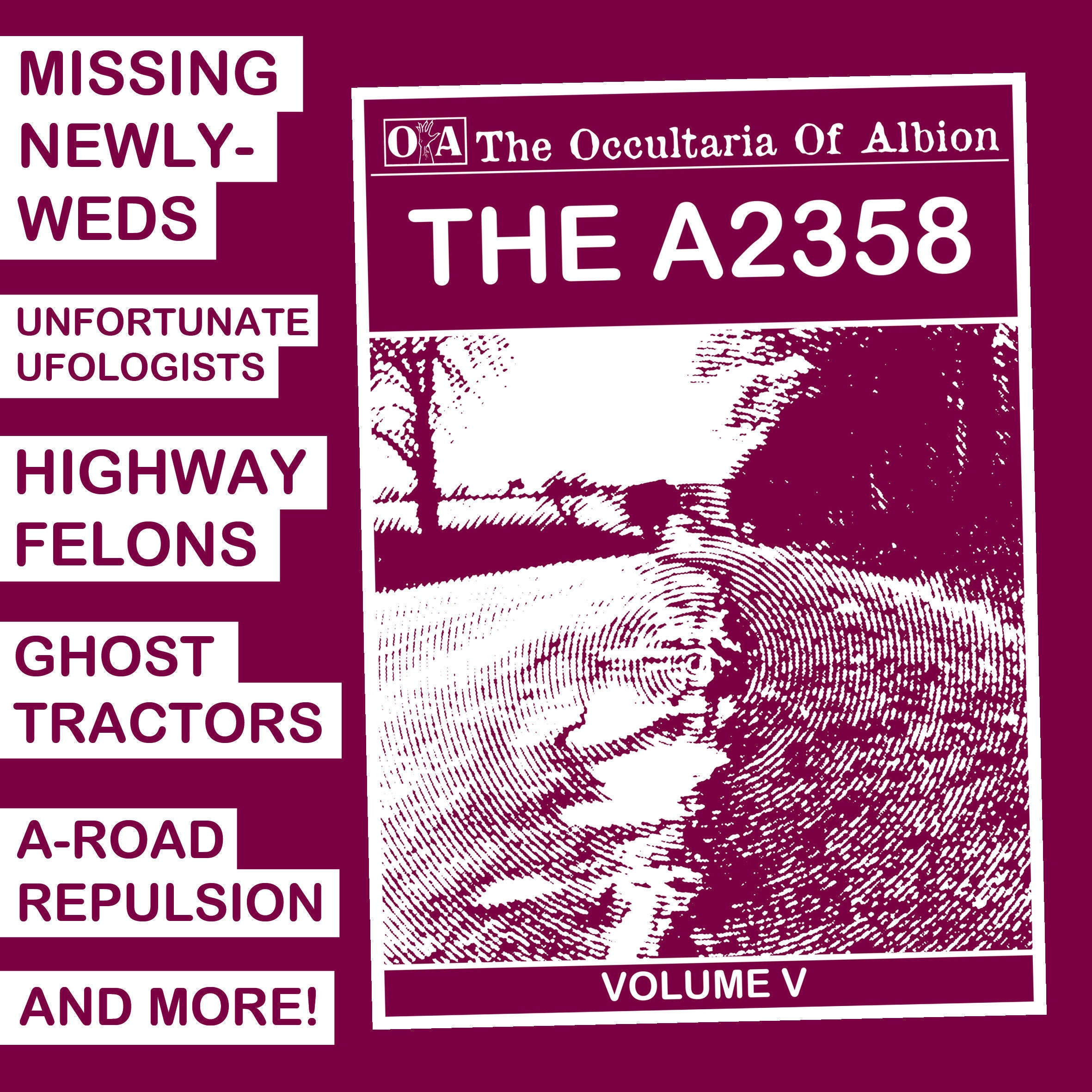 The A2358 inclludes the events of The Baxter Wedding - a young couple disappear on their way to their wedding reception. All that is found is their car, parked on a layby, but the happy couple seem to have vanished. Find out the full details and other mysterious events connected with the A2358 in the rest of the case file, available in the shop.

Previous Post Through the trees! It's coming!
Next Post Your Film Developed Here!
0 items in your cart